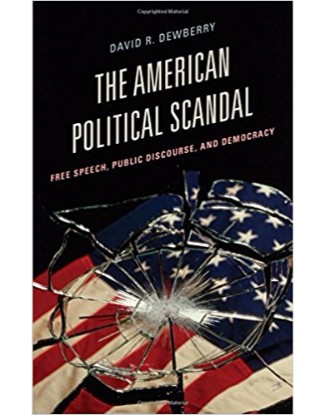 In this holistic examination of political scandal in the United States, David Dewberry argues convincingly that such scandals follow a consistent narrative centered largely on media coverage and politician performance rather than the actual corruption or ethics violation committed. In making this argument, he also provides an analytical framework for understanding the patterns underlying scandals regardless of their unique political contexts.

Dewberry dissects four major examples-Teapot Dome, Watergate, Iran-Contra, and Clinton/Lewinsky-and explores the roles of various constituencies involved in creating, reacting to, and mediating the scandal. What is the true role of journalism within the context of scandal? What persuasive techniques do politicians employ to develop and perpetuate scandals? What motives and values bring scandals to a close?

In addition to the core cases, Dewberry incorporates briefer examples from contemporary and ongoing controversies including Anthony Weiner’s sexting scandal, money and sex in Congress, how cover-ups have gone digital, and Chris Christie’s Bridgegate. The result is a fascinating and thoughtful look at the relationships among political discourse, free speech, and democracy.