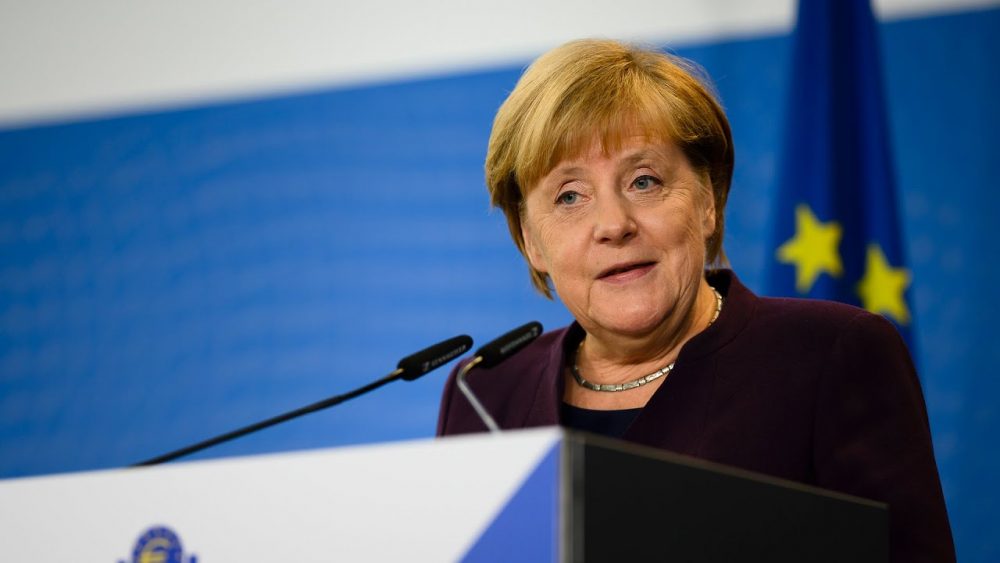 Speech by Angela Merkel on the Centenary of women’s suffrage

When Marie Juchacz, about whom we have already heard today, became the first woman to give a speech in the National Assembly in February 1919, she began by saying “Gentlemen and ladies”. Merely addressing the audience in this way caused amusement. As we have heard, it took great courage for women to win their place in politics because even as late as 1902 – when women already had the vote in New Zealand – the Prussian Minister of the Interior said that women had no business in politics.

At the turn of the century, women all around the world began fighting for their own rights. They forged links with other women and supported each other. And it must be said that this was an arduous, exhausting, but ultimately successful battle. On 12 November 1918, 100 years ago today, women finally arrived in German politics. This was a shining moment in the history of democracy.

I will never forget the time I spoke with the former King of Saudi Arabia – he is now deceased – about the issue of equal rights in his country. His first reaction was to ask me since when women had actually been allowed to vote in Germany. And when I said that they had got the vote less than 100 years ago, he looked at me with great sympathy and said that it had taken us a very, very long time. And he was right.

That is why I am pleased about the many anniversary events that are now taking place. And I am happy that we are paying tribute to women such as Marie Juchacz and Hedwig Dohm, who truly demonstrated great courage. We know that looking at history often gives us the strength to shape the future. That is why it is very, very important to look at the past. After all, not only did these women fight for the rights of a group or particular clientèle – they fought for a human right. The struggle was for equality between all people – and that remains the case today. A society can only be just if it puts equality between women and men into everyday practice. That is why it is truly fitting for us to pay humble tribute to our female activists for women’s suffrage. They were very courageous and had to stand firm until they achieved a breakthrough. It is thus a very great honour indeed for me to give the speech on the centenary of women’s suffrage as Chancellor of the Federal Republic of Germany. After all, the right to vote was merely a start, although naturally it was very significant.

It often took and takes a long time – too long – to make progress on equal opportunities, equal status and equal treatment. Looking back, it seems incredible that until 1977 a woman still had to ask her husband’s permission if she wanted to work. And marital rape has only been a crime since 1997.

Ideas have changed significantly in society in recent decades. Role models such as you, Ms Peschel-Gutzeit, Rita Süssmuth, Ms Lehr and Ms Bergmann, who are all here with us today, made great progress. These days, no one ridicules a young girl when she says she would like to be a minister or even federal chancellor when she grows up. I have even heard that some people ask if a man can become federal chancellor – no, I’m not making that up!

At the end of 2017, over 71 percent of women in Germany were employed – 12 percent more than in 2005. Parental leave, parental allowance and the statutory entitlement to childcare make it easier for mothers to return to work. And as I already mentioned, regulations have also been adopted for men because equal opportunities for women and men can only exist in the first place if both change their roles.

But we still have a lot to do. Equal pay is one of the big questions on the agenda. This involves two sorts of questions. One question concerns salaries in different professions and what it means if there are typical professions for women and men. And the other is that there are still – particularly in sectors without statutory wage agreements – hidden inequalities in pay. That is why I thought it was great when Ms Rehn said there was complete transparency in her company. That is very important.

Naturally, we still need to improve many things. We recently adopted a law aimed at providing better childcare. We want to invest a further 5.5 billion euros in the quality of childcare by 2022. We need very variable and flexible structures so that ideally we can give every woman and every man a real choice.

We can only achieve justice and fairness in our society by working as allies, not as opponents. Every woman in Germany should be able to go her own way – irrespective of whether or not she has children, is a single parent or in a relationship, or works full time or part time – and to return to work, Ms Peschel-Gutzeit is right, whether her job is as a mechanic, manager, teacher or nurse. Women and men should have the same opportunities to develop their talents.

Of course, we have achieved a lot since the time of Marie Juchacz, but we still have a great deal to do. The most important thing is that we do not accept any backsliding. And of course, politics plays a key role in this. That is why the German Bundestag is not a shining light in this legislative term. I just spoke about that. In the last legislative term, 36.5 percent of its members were women – now 30.9 percent are. That is almost exactly the same percentage as in the Sudanese parliament. I think we really cannot content ourselves with that. I do not only want to talk now about Rwanda, where 61 percent of the members of parliament are women, but above all to underline a structural aspect concerning the African Union Commission. African regions are represented in this Commission, in each case by a woman and a man. This automatically means parity in the Commission, and I think that is really a very good thing. We need to watch out so that our way of thinking in Europe, which can verge on arrogance at times, does not automatically lead us to believe that things may not be so good yet in other places. For example, women play a major role in Africa. And it is also important that we support them via development policy.

Now, we do not only need to look at the Bundestag – in some regional parliaments, only a quarter of the members are women, although women account for over half of the population. I think that the percentage of women in parliaments is a fundamental issue in our democracy. We will simply have to take new paths here, too. To be honest, I am still shocked about the number of female mayors – I wasn’t really so aware of it. It is also crucial that we look at this again. I am delighted that Ms Reker of Cologne is here with us today.

There are many signs that we also need to think about new ways for people to be politically active. We need formats that suit our century. And I am not so sure that men always welcome it either when all local party meetings take place on Saturday mornings. So it shouldn’t come as a surprise here either. When I think of the average age of the members of my party, naturally I look longingly at the Greens. In my party, the average age is over 60, while in the Greens it is 48.7. But even that is higher than the average age of the German population, which actually has one of the highest average ages in the world. Consequently, we need to attract young people and that means finding formats that work for them. These formats may then fit even somewhat better with those tailored to women.

In other words, everyone must have a chance to get involved. And there is no getting round it, the quotas were important, but the goal must be parity – parity everywhere, be it in politics, business, the administration, academia and indeed in the cultural sphere. We recently marked 20 years of the office of Federal Government Commissioner for Culture and the Media. If you look at the number of female conductors, renowned female painters and women in the arts, then you need to ask yourself what is going on because it cannot be that women are less talented. In this area, too, we need to specifically support women to help them achieve a breakthrough, become better known and make headway. This really goes for all sectors in society.

In the civil service, the coalition government has set a goal of achieving an equal number of women and men in all senior management positions by 2025. In some cases, we are still a long way from that, but we are aware of the role model function of the civil service. That is why I think it is good news that women now hold four of the eight positions of Director-General in the Federal Chancellery. I am rather proud of that.

As regards the business sector in Germany, much is still in a sorry state. In the United States, there are at least two women on the board of 90 percent of the largest publicly traded companies. In the UK and France, this figure is around 50 percent – but in Germany it is a mere 16.7 percent. This means that we are a long way from truly making use of skills and talents in the business sector, too. And we really should not and cannot afford to continue like this – also with a view to demographic change. It was the right approach – Ms Giffey reported on this – to also take a step as regards supervisory boards via the law on more women in management positions. In fact, no one still claims now that no women are available for such positions. We still have major problems in medium-sized enterprises. We need to keep working on that. And should a woman ever head up a DAX company, then that should not be something special, but rather the first step to normality. We need to keep repeating that.

My hope is that it will become standard for women and men to share employment, childcare and housework equally and that no one will be forced into a particular role or division of labour because of their sex. And I hope that this will not take a further 100 years, as equality between women and men is an important indicator of whether and to what extent a society is just. I think we are all certain that a society’s future viability depends on how just it is. And that is why this is equally in the hands of women and men or men and women.

Many thanks, and thank you for being here today.

Speech by Angela Merkel to the European Parliament Next post