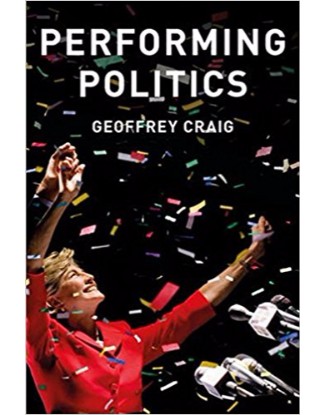 For successful political leaders, public speaking is only half the battle. A good politician must also be a competent performer. Whether facing critical questions in an interview, posturing in a leaders debate, or conversing on a daytime chat show, success is reliant upon a candidate s ability to dramatically but authentically impart a strong individual identity. In this innovative analysis, Geoffrey Craig looks at the interrogative exchanges between politicians and journalists.

The power struggles and evasions in these encounters often leave the public exasperated, but it is the politicians negotiation of these struggles that determines success. Drawing on analyses of the language and performances of leaders such as Barack Obama and David Cameron, Craig examines the particular kinds of interactions that occur across political interviews, debates, conferences, and talk shows.

The political games that take place between politicians and journalists, he argues, constitute the true theatre of politics. Engaging and insightful, Performing Politics will appeal to students and scholars of journalism, politics, linguistics, and media studies, as well as anyone concerned about the quality of contemporary political communication.