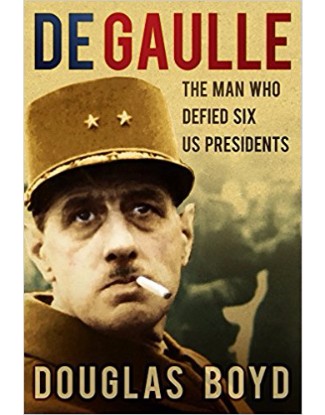 De Gaulle: the man who defied six US Presidents

After watching a D-Day film, do youwonder why no French units took part in the invasion of their own German-occupied country? General Charles De Gaulle commanded 400,000 Free French soldiers, but US President Roosevelt insisted they not be told the date of the invasion because he intended to occupy France and open the country up to American Big Business, while keeping in office traitors who had run the country for Hitler. This would have sparked a civil war, but De Gaulle outwitted Washington to head the first government of liberated France.

Disgusted with the professional politicians, he resigned in 1946. but twelve years later, to save France from civil war a second time, he was elected President of the Republic. After Roosevelt’s death, he defied presidents Truman, Eisenhower, Kennedy, Johnson and Nixon.

Drawing on hitherto unpublished and revealing material from the archives in Paris and Washington, this thought-provoking account of a great European’s rejection of foreign domination has significant resonance for modern Britain, whose governments are subservient both to Washington and Brussels.