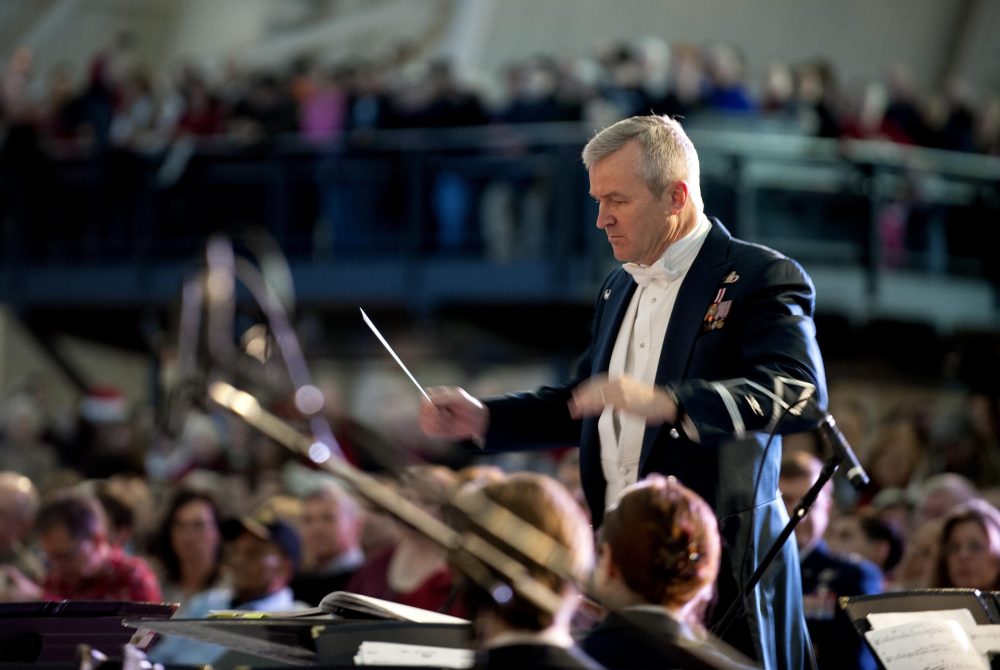 Changes in political communication over the past 50 years

The ancient Greeks believed in the political wisdom of the Oracle at Delphi and in the political rhetoric delivered at the Acropolis. The Roman Empire was well enough organized to produce the first identifiable “political consultant,” Quintus Tullius Cicero, in 64 B. C., author of a still extant memo to his brother Marcus on running for the consulship of Rome. The science and art of political persuasion began well before these two recorded events and is in unending development today.

In the middle of the last Century, the field experienced a great leap forward with the introduction of television, allowing the widespread visual transmission of political information, photos, motion pictures, video recordings and other static or live images. Since political thought and communication contains at least some proportion of emotion, the advent of television, permitting the delivery of emotional and factual political content to every home in the world, revolutionized political interaction among humans.

Fifty years later, at the beginning of this Century, political interaction underwent the most explosive paradigm change in history. The sender-receiver process of television permitted (with rare exceptions) only unidirectional visual communication to one, or millions, of humans. The arrival of significant societal use of the Internet opened a never before available bidirectional capability in massive textual, audio, and visual communication, especially when integrated with the bidirectional audio and visual system of the modern and highly mobile cellular telephone.

The Internet is not television with a keyboard. This change in capacity for the audio and video linkage of millions, hundreds of millions, of humans instantly on demand is as powerful a statement about the development of humankind as the cave paintings created 40,000 years ago. The Internet is not a simple change in electronics. In prescient McLuhanesque terms, it is creating a global village.

At the moment, it is cluttered with cute toys like Twitter, WhatsApp, and the ability to read the latest figures from the Mongolian Stock Market. Microsoft has become the McDonalds of electronic communication. The political use of the communications medium of the Internet is still in gestation.

The modern artistry began with figures like Joe Napolitan in the United States, Michel Bongrand in France, Jose Luis Sanchis in Spain and others. These three consultants, with a number of additional experts, formed the first association of political consultants in the 1960s. Since that time the field has grown; in commercial terms, however, the demand for professional assistance in political life is still far greater than the supply.

Political communication, in constant change since grunts among Neandertals, is beginning a new life. Political consultation, an established discipline or not, must assimilate this basic alteration in human interaction.

All of that said, political communication cannot be reduced to the means of its delivery. It is a more fundamental matter of personal, social, economic, ideological, and other forms of power acquisition and use among the humans using (or not) the technology.

The two great roles for humans related to political power are “leader” and “follower.” This is not a rank-ordered listing; in a democracy, for example, “followers” elect a “leader.”(There are alternative relationships available.)

Perhaps inevitably, there are numberless participants in the process willing to help “leaders” or “followers” in their search for or use of this political power: advisors, assistants, consultants, aides, and more. An argument can be made that Eve was the first political consultant, although her advice to Adam seems to have been a bad idea. Quintus Cicero, mentioned above, certainly qualifies. Machiavelli is probably the best known historical example. The world today is full of would-be emulators.

The modern concept of a “political consultant” began with the advent of television in the middle of the last century. There is a limited difficulty in speaking or writing about “political consultants” because no clear definition of the breed exists. The wife of the candidate? Of course. A taxi driver in New York? Almost certainly. The kid who ran the campaign for . . . ? Sure, he won. The publicity guru who knows how to sell Coca-Cola? Absolutely. Many humans know, or at least have ideas about, how to persuade other humans to believe or to do something.

Narrowing the definition to persons paid for this type of advice a vague, tentative, and partially correct definition of “political consultants” today probably would include something like the following:

A political consultant is an orchestra leader for (1) professionals in political and social science investigation and other forms of data gathering, input, and analysis, (2) professionals in the strategy, planning, management, budgeting, timelines and organization of short- and long-term “campaigns” of political activity and communication between governments, political parties, candidates for public office, political organizations, voters, citizens, and others in the political process, and (3) professionals in the creation, production, and distribution of a wide range of communications with and among participants in the political process. The aim of this symphony of thought and action is the production, maintenance and use of political power.

The development of the work over the past five or six decades still faces three important challenges: education, technology, and client ignorance.

In education, the sophistication and use of the investigative and analytical techniques of the political and social sciences have grown substantially. This does not mean that there is widespread use of these techniques because formal education in the field is almost nonexistent. Classes and courses have not been formed into a genuine worldwide discipline.

Equally, the jumps in mass political communication to television and then to the Internet amplified and deepened the field, abandoning many of the old concepts of political propaganda. Once again, these technological advances have not been widely disseminated or successfully utilized by many political organizations or leaders. Education of a general nature in these media is operational, but integration into a positive sequence of learning has not occurred in any significant way.

While it is certainly good news that there are now probably more than 2,000 or 3,000 “graduates” of these schools, the system does not take into account the kind of practical training in the field required of medical interns or airline pilots. Regardless of the political philosophy of graduates, and their clients, the market will quickly sort winners from losers.

“It’s not whether you win or not, it’s how you play the game,” is an ancient and valuable piece of advice. “Winning” at any or all costs is not a useful approach to political life. At the same time, it is difficult to conceive of any large number of political parties, organization, candidates, or governments willing to pay for the advice of political consultants who have assisted numbers of losers in political affairs. A “won-loss” record is not the same in politics as it is in football, but the ticket price with most consultants is considerably higher than stadium entrance for the next game.

Given the substantial increase in the number of “political consultants” over the past few decades, how can a potential client determine their relative value?

An academic degree, valuable in its own right, is of no known direct value in winning and keeping political power. Equally, years or decades of experience in the field, degree or not, offer no guarantee of success. Political consultants have become specialists in the awards business, so a certificate for the best twenty second radio commercial in Milwaukee, awarded by an organization with a title larger than its membership, is a growing concern. The planet is awash with books, seminars and conferences on “The ‘Secrets’ of How to Win an Election.” A profitable, if unsuccessful, business. The number of losers of elections is infinitely larger than the number of winners, books, seminars, and conferences notwithstanding.

The most valuable determinant, in my own opinion, is “chemistry.” Higher education, years of experience, a collection of awards, and a library of books, each of these valuable career adjuncts, will not replace the ability of a political consultant and a client to communicate, to resonate, one with the other. No level of education, talent and experience will replace the ability of clients and consultants to speak openly, frankly, and directly with each other.

Unfortunately, because the field is so widely known, but poorly understood, there is a tendency to think that a successful practitioner is a “guru.” Worse, sensing that “gurus” are better paid that simple experts, some number of political consultants work hard to promote the “guru” myth. This promotion depends, at least in part, in a willingness on the part of clients to believe in magic. A good “guru” has a well-prepared presentation filled with jargon unlikely to be familiar to a client. A good “guru” also has a high price. Some clients are so poorly focused that they think that a consultant who costs more wins more.

The point, of course, is not what consultants are paid. The point is whether they are demonstrably successful, regardless of their cost. It is noteworthy that the overwhelming majority of “political consultants” do not make available to the public, or even to potential clients, a simple list of (1) the political parties, candidates, organizations, or political projects with whom they have worked and (2) the outcome of that association for the client (won, lost, improved, declined, etc.).[1]

The list of excuses for this omission is of considerable length, but even a client of modest accomplishment will recognize that consultants, awash with information about their successful efforts and on the verge of Alzheimer’s when trying to recall the losers, are afraid. Knowing that political clients are prone to believe in magic, these consultants fear that a potential client will look for a better magician. As we say in Spanish, “ojala.”

This article is too brief to cover the technological advances that have re-formed political communication in the last 50 years. It seems likely that these changes will continue, requiring constant and continuing education on the part of consultants and clients if the various political systems of the planet are to continue to work.

[1] The complete list of my clients and project outcomes since 1967 is available by sending me a note: centropolitico2000@hotmail.com 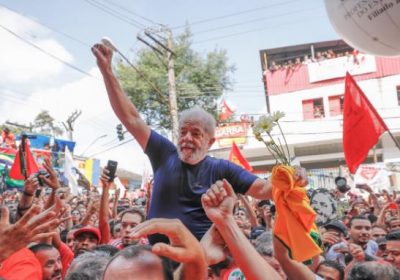 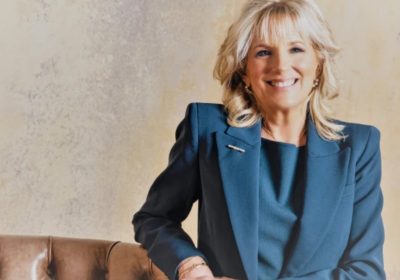