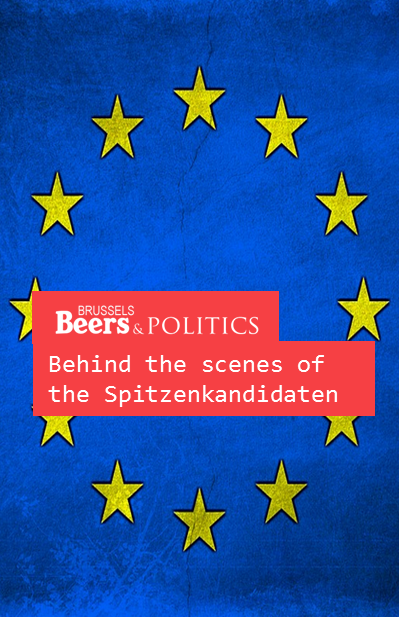 Behind the scenes of the Spitzenkandidaten

#BeersPoliticsEU welcomed Nereo Peñalver on Thursday 10/09. Nereo gave us an insider’s point of view on the first pan-European Presidential campaign, the so called Spitzenkandidaten.

Nereo Peñalver is an expert on EU politics, currently working as foreign policy adviser in the European Parliament’s Foreign Affairs Committee. He is the author, together with Sir Julian Priestley, of the book ‘The Making of a European President’ on the first pan-European Presidential campaign.

Why did we have Presidential elections in 2014 and not before?

There were several reasons for this:

Before the Spitzenkandidaten, EU citizens could only vote for Members of the European Parliament. But the majorities in parliament would have no impact on who leads the EU executive. In 2014 citizens were able to choose which kind of Europe they wanted by voting for one of the different visions of Europe defended by the Conservatives, Social Democrats, Liberals or the Greens.

What was the result of the experience? Lessons learnt 2014:

What does this change in EU politics?

A change in Inter-institutional balance, but in a counter-intuitive way:

The parliamentarisation of the EU

Before election of President of the Commission (EU government) taken by heads of State and Government behind closed doors. Now the President is elected by the parliament.

So, one may think that, as a result, it gives a greater say to the Parliament in the legislative priorities of the Executive. But, in practice, it also originated a greater support of the parliament for EU executive. It seems that because of the new procedure, the Parliament gains new powers that it might lose if the Commission it elected under this new procedure failed. It is indeed the first time that a parliamentary majority is backing the executive (common in almost all our countries but not in the EU until now).

The President has a reinforced democratic mandate: a double legitimacy having the support of both national governments and European Parliament.

The EU is beset by some of the gravest problems in its history:

Commission again at the centre of decision-making:

To finish my presentation:

My main point is that the Spitzenkandidaten process is not a magic wand that suddenly made the EU more democratic and accessible to its citizens. But it is a step in the right direction.

Can the EU be seen as doing something useful for its citizens? There lays the credibility of the Spitzenkandidaten process. It is crucial for the EU to deliver in the next 4 years.

Centrist Rhetoric: The Production of Political Transcendence in the Clinton Presidency Previous post 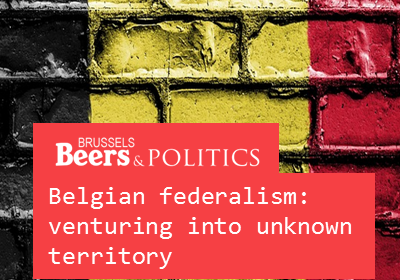