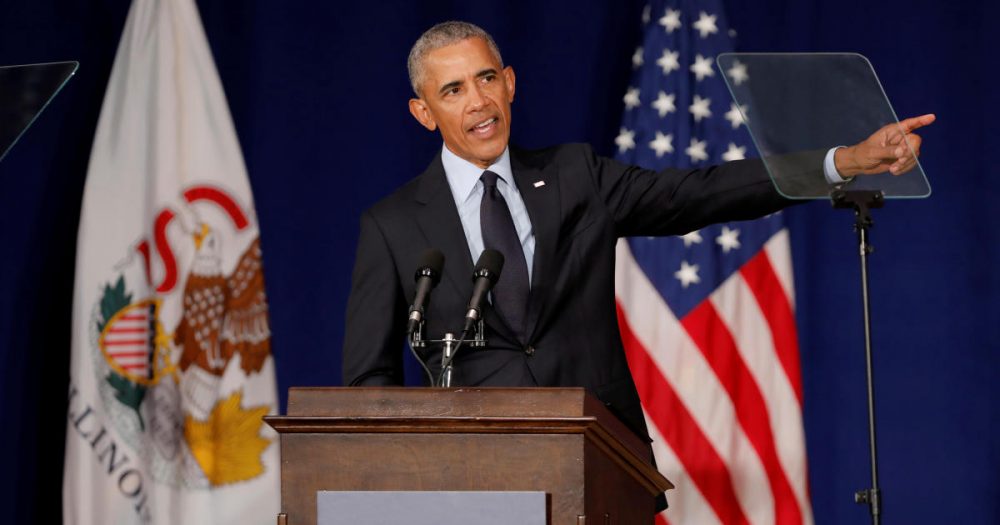 Today, after almost a century of trying —

Today, after over a year of debate —

Today, after all the votes have been tallied, health insurance reform becomes law in the United States of America — today.

It is fitting that Congress passed this historic legislation this week. For as we mark the turning of spring, we also mark a new season in America. In a few moments, when I sign this bill, all of the overheated rhetoric over reform will finally confront the reality of reform.

And while the Senate still has a last round of improvements to make on this historic legislation — and these are improvements I’m confident they will make swiftly — the bill I’m signing will set in motion reforms that generations of Americans have fought for, and marched for, and hungered to see.

It will take four years to implement fully many of these reforms, because we need to implement them responsibly. We need to get this right. But a host of desperately needed reforms will take effect right away.

This year, we’ll start offering tax credits to about 4 million small businessmen and women to help them cover the cost of insurance for their employees. That happens this year.

This year, insurance companies will no longer be able to drop people’s coverage when they get sick. They won’t be able to place lifetime limits or restrictive annual limits on the amount of care they can receive.

This year, all new insurance plans will be required to offer free preventive care. And this year, young adults will be able to stay on their parents’ policies until they’re 26 years old. That happens this year.

And this year, seniors who fall in the coverage gap known as the doughnut hole will start getting some help. They’ll receive 250 dollars to help pay for prescriptions, and that will, over time, fill in the doughnut hole. And I want seniors to know, despite what some have said, these reforms will not cut your guaranteed benefits. In fact, under this law, Americans on Medicare will receive free preventive care without co-payments or deductibles. That begins this year.

Once this reform is implemented, health insurance exchanges will be created, a competitive marketplace where uninsured people and small businesses will finally be able to purchase affordable, quality insurance. They will be able to be part of a big pool and get the same good deal that members of Congress get. That’s what’s going to happen under this reform. And when this exchange is up and running, millions of people will get tax breaks to help them afford coverage, which represents the largest middle-class tax cut for health care in history. That’s what this reform is about.

This legislation will also lower costs for families and for businesses and for the federal government, reducing our deficit by over one trillion dollars in the next two decades. It is paid for. It is fiscally responsible. And it will help lift a decades-long drag on our economy. That’s part of what all of you together worked on and made happen.

That our generation is able to succeed in passing this reform is a testament to the persistence — and the character — of the American people, who championed this cause; who mobilized; who organized; who believed that people who love this country can change it.

It’s also a testament to the historic leadership — and uncommon courage — of the men and women of the United States Congress, who’ve taken their lumps during this difficult debate.

AUDIENCE MEMBER: Yes, we did.

THE PRESIDENT: You know, there are few tougher jobs in politics or government than leading one of our legislative chambers. In each chamber, there are men and women who come from different places and face different pressures, who reach different conclusions about the same things and feel deeply concerned about different things.

By necessity, leaders have to speak to those different concerns. It isn’t always tidy; it is almost never easy. But perhaps the greatest — and most difficult — challenge is to cobble together out of those differences the sense of common interest and common purpose that’s required to advance the dreams of all people — especially in a country as large and diverse as ours.

And we are blessed by leaders in each chamber who not only do their jobs very well but who never lost sight of that larger mission. They didn’t play for the short term; they didn’t play to the polls or to politics: One of the best speakers the House of Representatives has ever had, Speaker Nancy Pelosi.

THE PRESIDENT: One of the best majority leaders the Senate has ever had, Mr. Harry Reid.

And of course, this victory was also made possible by the painstaking work of members of this administration, including our outstanding Secretary of Health and Human Services, Kathleen Sebelius — and one of the unsung heroes of this effort, an extraordinary woman who led the reform effort from the White House, Nancy-Ann DeParle. Where’s Nancy?

Today, I’m signing this reform bill into law on behalf of my mother, who argued with insurance companies even as she battled cancer in her final days.

I’m signing it for Ryan Smith, who’s here today. He runs a small business with five employees. He’s trying to do the right thing, paying half the cost of coverage for his workers. This bill will help him afford that coverage.

I’m signing it for 11-year-old Marcelas Owens, who’s also here. Marcelas lost his mom to an illness. And she didn’t have insurance and couldn’t afford the care that she needed. So in her memory he has told her story across America so that no other children have to go through what his family has experienced.

I’m signing it for Natoma Canfield. Natoma had to give up her health coverage after her rates were jacked up by more than 40 percent. She was terrified that an illness would mean she’d lose the house that her parents built, so she gave up her insurance. Now she’s lying in a hospital bed, as we speak, faced with just such an illness, praying that she can somehow afford to get well without insurance. Natoma’s family is here today because Natoma can’t be. And her sister Connie is here. Connie, stand up.

I’m signing this bill for all the leaders who took up this cause through the generations — from Teddy Roosevelt to Franklin Roosevelt, from Harry Truman, to Lyndon Johnson, from Bill and Hillary Clinton, to one of the deans who’s been fighting this so long, John Dingell. To Senator Ted Kennedy. And it’s fitting that Ted’s widow, Vicki, is here — it’s fitting that Teddy’s widow, Vicki, is here; and his niece Caroline; his son Patrick, whose vote helped make this reform a reality.

I remember seeing Ted walk through that door in a summit in this room a year ago — one of his last public appearances. And it was hard for him to make it. But he was confident that we would do the right thing.

Our presence here today is remarkable and improbable. With all the punditry, all of the lobbying, all of the game-playing that passes for governing in Washington, it’s been easy at times to doubt our ability to do such a big thing, such a complicated thing; to wonder if there are limits to what we, as a people, can still achieve. It’s easy to succumb to the sense of cynicism about what’s possible in this country.

And we have now just enshrined, as soon as I sign this bill, the core principle that everybody should have some basic security when it comes to their health care. And it is an extraordinary achievement that has happened because of all of you and all the advocates all across the country.

All right, I would now like to call up to stage some of the members of Congress who helped make this day possible, and some of the Americans who will benefit from these reforms. And we’re going to sign this bill.