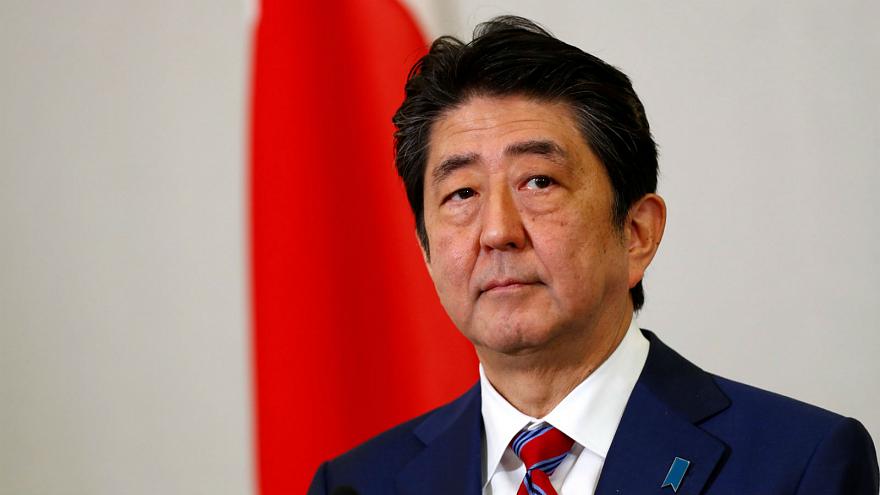 A single atomic bomb, destroying this city in a mere instant, claimed what is said to be well more than 100,000 precious lives. Over the 73 years that have passed since that day, even those who escaped death have suffered hardships beyond description. Young people were also mercilessly deprived of their dreams and bright futures.

I reverently express my sincere condolences to the souls of the great number of atomic bomb victims.

I also extend my heartfelt sympathy to those still suffering even now from the aftereffects of the atomic bomb.

The tragedies of Hiroshima and Nagasaki must never be repeated. As the only country to have experienced the horror of nuclear devastation in war, Japan has a mission of persistently working to bring about â€œa world free of nuclear weapons.â€

In recent years, differences in the approaches of various countries on nuclear disarmament have become evident.

Japan, firmly upholding the â€œThree Non-Nuclear Principles,â€ is determined to serve tenaciously as a mediator bridging the gap between the two and lead the efforts put forth by the international community.

As one concrete effort, last year we convened a meeting of the Group of Eminent Persons for Substantive Advancement of Nuclear Disarmament here in Hiroshima.

Having gleaned the knowledge of eminent persons through this Group, Japan will make active contributions so that the Review Conference of the Parties to the Treaty on the Non-Proliferation of Nuclear Weapons (NPT) to be held in 2020, the 50th anniversary of the treaty’s entry into force, will be a meaningful one.

In addition, we have a duty to continue to communicate to future generations and to the world the inhumanity of nuclear weapons.

The Government of Japan will steadily press forward with efforts in which younger generations hand down stories of experiences with the atomic bombings that were passed on from atomic bomb survivors.

In closing, here in Hiroshima, where prayers for eternal peace are offered continuously, I pledge that Japan will make its utmost efforts for the realization of â€œa world free of nuclear weaponsâ€ and eternal peace. I wish to conclude my remarks with my heartfelt prayers for the repose of the souls of those who fell victim to the atomic bombing here in Hiroshima. I also pray sincerely for the inner peace of the bereaved families and the atomic bomb survivors as well as all the participants today and the people of Hiroshima City.